Whether you wish to cycle, hike, or just generally enjoy yourself, the ever-growing-in-popularity African deserts of Namibia await you. 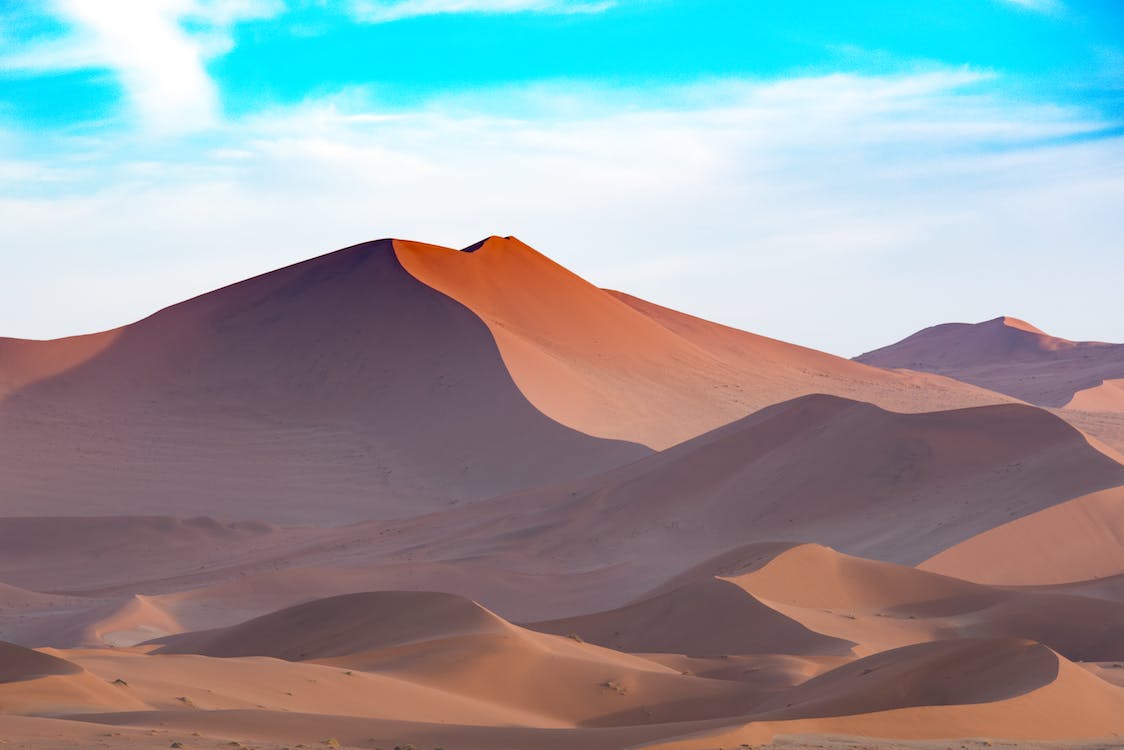 A holiday in Namibia can include anything, from riding fat bikes in the arid Namib Desert, to sight-seeing the wildlife like elephants and zebras on the African plain. Thanks to the efforts of Sports Relief in their 2020 100 Kilometre Challenge, more than a mere few people are going to start opening their mind towards holidaying in various adventurous ways in Namibia. There’s no shortage of variety when it comes to what you can do in Namibia to enjoy yourselves.

Namibia is beautiful. Its sand dunes, mountain ranges and wildlife are vast and plentiful, making the nation practically an adventure playground, which even plays host to an eight night-long cycle adventure, taking you from the scorching Namib Desert and along the infamous Skeleton Coast, known for fittingly being “the world’s biggest shipping grave” – it’s as pirate-ish as it sounds.

So whether you’ve been inspired by the mass organised events like Sports Relief, or Nick Grimshaw, or if you have just simply been seeking a good adventure holiday up Africa’s south-western coastline as of recently, hopefully this little article is of great help to you as we lay out all of the basic and must-knows for this incredible country. Without further ado, let’s begin.

NAMIBIA: ITS CAPITAL AND ITS WHEREABOUTS IN THE WORLD

Namibia is in southern Africa, bordering Angola and Zambia to the north, Zimbabwe and Botswana to the east, and South Africa to the south, whom Namibia only gained their independence from as recently as the 21st of March 1990, the same day that they adopted their current flag, following their war for independence. Alike most other nations in Africa, Namibia’s climate is mostly hot and dry, and its average daytime temperatures can reach 30° C in January and 20° C in July.

Despite being a fairly sizeable nation, Namibia only has around two and a half million people in it. Most of its population are located in the urban areas and cities, with over 325,000 people inhabiting the capital, and most populated, city of Windhoek, followed by the other biggest cities of Rundu, Walvis Bay and Swakopmund.

Namibia has a land area of 823,290 squared kilometres, making it nearly four times the size of the United Kingdom. This, plus its two and a half million population size, makes Namibia one of the least densely-populated countries in Africa. The main reason why such a large country has such a small population is simple: the Namib Desert.

With a GMT+2 timezone, Namibia is two hours ahead of the United Kingdom, thus sharing a timezone with Estonia, Finland, Greece and Romania. Its currency is both the Namibian Dollar (NAD) and the South African rand (ZAR).

For the leats sunny experience, any time between July and October – the dry season – is ideal, as temperatures can reach only around 20°C during this timeframe. With so few sources of water in the country thanks to its vast deserts, wildlife has a habit of meeting heavily around the few it does have, such as at the waterholes in parks like in Etosha, making wildlife spotting in these regions perfect during this time window in the year.

Honestly though, the country is great to visit all year round, and from late October until around April, it will be notably hotter, making it perhaps a little harder to spot wildlife. Meanwhile, the Skeleton Coast’s climate conditions stay fairly consistent throughout the year. 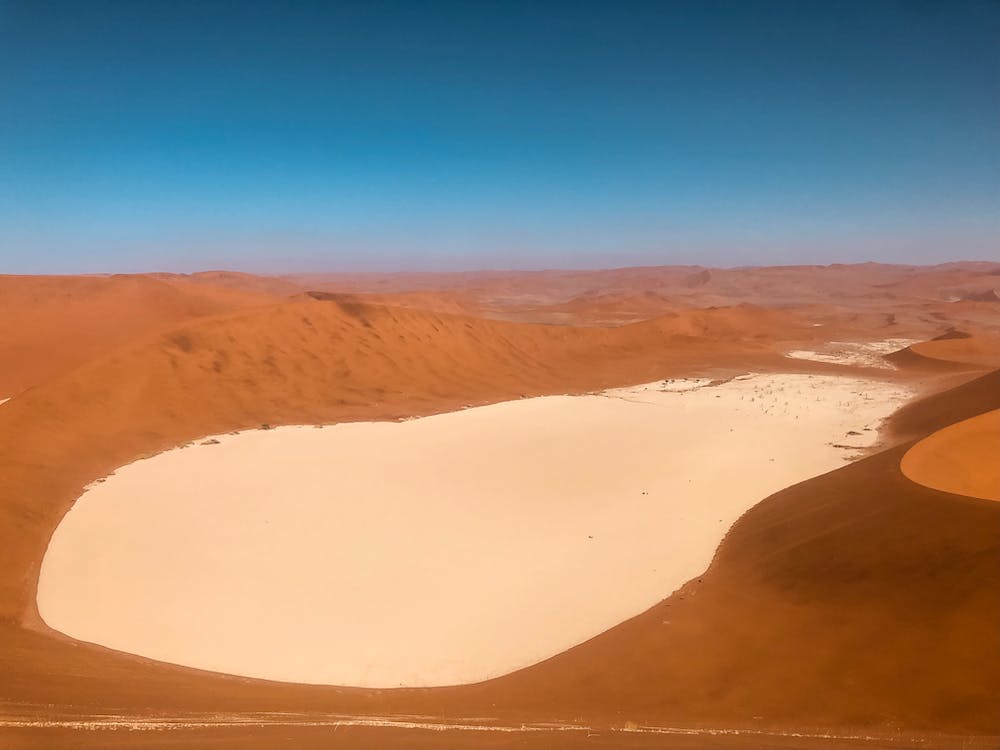 WHAT IT IS ACTUALLY LIKE TO HOLIDAY IN NAMIBIA

Namibia often gets overlooked for its contribution to things like its recent history, sports pedigree, or the odd pub quiz. However, the climate, landscape and terrain are much more worthy of talking about. Holidaying in Namibia is a pretty recent trend for many as more and more people begin to learn about this country and the opportunities there. This section of the article is about exposing what it is that is making Namibia an ever-increasingly attractive destination to holiday.

Namibia’s geography can be split into five key areas: the Namib Desert, the Central Plateau, the Bushveld, the Great Escarpment and the infamous Kalahari Desert. The Namib and Kalahari Deserts both stand at the borders of Namibia, making the country one of the driest in the world, receiving less rainfall than most other countries in Sub-Saharan Africa.

Cycling is a popular activity to do when visiting. You’re able to ride straight through Namibia’s huge desert dunes, and traverse the Skeleton Coast. For a great eight day trip, start off at Windhoek and head over to Swakopmund for a good intro into cycling through Namibia with a fat bike.

Riding through the vast Namib Desert, you’ll have plenty of time to soak in the Moon Valley before riding off to Mount Spitzkoppe, and Cape Cross for some seal spotting. Cycling up the Skeleton Coast, pedal your way up to the Grootberg Pass, which will offer you stunning views over the African plains. Overall, this is a great way of seeing much of the great diverse landscape and wildlife of the country in an adventurous style.

The Namib Desert stretches over two-thousand kilometres, and is also believed to actually be the oldest desert in the world. While among the driest places on the surface of the earth, there are plenty of water spots in the Namib Desert, as the entire western border of the Namib Desert borders the Atlantic Ocean. This causes pretty unpredictable weather, as the clashing climates of the Sea and the Desert meet, including dense fogs that are a nightmare for local sailors. It’s this dense fog that has given areas of the coastline the name the “Skeleton Coast”, as the shoreline is dotted with wrecked ship hulls.

Namibia and its deserts are home to some of the world’s steepest and tallest sand dunes in the world, perfect to ride your fat bike and surf board down. Skeleton Coast is actually known worldwide as one of the best spots to surf down Namibia’s steep dunes – providing that you don’t bump into an abandoned ship on your way down, of course.

One site worthy of note is Spitzkoppe, otherwise known as the “Matterhorn of Namibia”. This mountain’s granite surface is well over 120 million years old, with its highest point reaching 1,728 metres (5,669 feet) into the sky. Climbing this peak would definitely require some level of mountaineering skills, however you could instead cycle right up to it.

Along the coast, one can also go seal spotting, although it won’t be hard to spot them, given their abundance along the beach – thousands of them heavily populate the coastline.

Bordered by the Kalahari Desert to the east and the Great Escarpment over to the west, the Central Plateau houses Namibia’s capital city, Windhoek, over two kilometres up above sea level. Nearby to the capital is Mount Brandberg, the tallest mountain in all of Namibia, with its tallest peak stretching up to over two and a half kilometres.

Windhoek has plenty to see; Christus Kirche (Christ Church) is a well known church built onto a traffic island back in 1907. Nearby to the town centre, the Namibia Craft Centre is the perfect spot to take back home some some gifts. Roadside shopping stools also dot the roads in the city as well, alongside over forty independent shops, the Craft Centre, which all combine together to form a well covered, local community-style markets.

More related to adventuring however is the Etosha National Park. Should you be on a bike, this is the ideal location to pedal up towards Grootberg Pass, which peaks up to over one and a half kilometres. While in the area, keep a look out for rhinos and lions. Otjiwa, home to a number of local wild animal species and one of Namibia’s oldest animal reserves, can also be located here, and a notable inhabitant is the very rare white rhino.

While the Great Escarpment mostly covers South Africa and Lesotho, it also notably passes through Namibia, coming up from the south of the country and heading northwards, separating the Central Plateau from the Namib Desert. It first formed over 180 million years ago, and is a complex natural feature, known as a mountain range that reaches up to one kilometre into the sky.

In Namibia’s most southernly parts is the Fish River Canyon, and is actually the second largest canyon in the world – the first being America’s Grand Canyon, of course. Naturally, there are plenty of scenic opportunities to go hiking within the area, making the canyon itself one of Namibia’s most highly visited holiday destinations.

The Bushveld can be found in Namibia’s north-east bordering Angola and Zambia in the Caprivi Strip – that awkward-looking panhandle border of the country. The region gets a good amount of rain compared to the rest of the nation, averaging around 400 millimetres per annum. It is a pretty flat area overall, and because of its fairly sandy soil, it isn’t the best location for agricultural activities, let alone cycle or hike trips.

However, the Bushveld does house the Caprivi Game Park. This is a well protected area to Namibia’s north-east, in a National Park named Bwabwata, which has been designated as a Lion Conservation Unit since as early as 2005, alongside the Khaudum National Park. 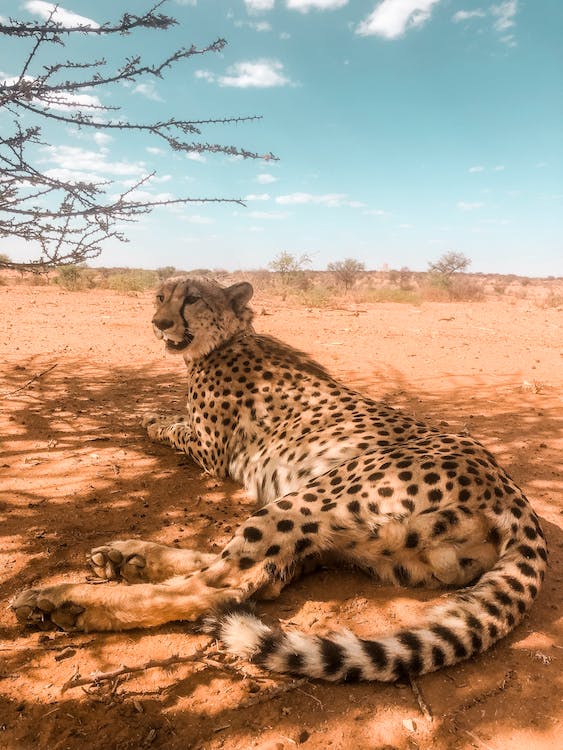 The main attraction of holidaying in Namibia is almost certainly the wildlife, and the country’s sweet spot for just such an attraction is the Kalahari. At 900,000 square kilometres in total, the Kalahari extends southwards into South Africa and Botswana, the vast region contains the Succulent Karoo, which is a desert region home to over five-thousand different plant species, half of which are endemic; 10 percent of the entire world’s succulents can be found in the Kalahari.